This project conducted in cooperation with the Nanobiophysics group of University of Twente has been devoted to studying protein aggregation precursors in biological systems.

Many neurodegenerative diseases are characterised by the formation of self-assembled protein nanostructures leading to loss of functional physiological interactions. In Parkinson’s disease, the toxicity of protein aggregation has been assigned to oligomeric aggregation intermediates. However, little is known about the structure of oligomeric intermediates and their role in the aggregation pathway.

Parkinson’s disease is characterised by the appearance of stable fibrillar protein deposits or Lewy bodies in a particular area of the brain. Naturally unfolded α-synuclein, containing 140 amino acid residues, appears to be the major component of Lewy bodies.

Misfolding and aggregation of α-synuclein is linked to the development of Parkinson’s disease. Currently, the chain of aggregation stages facilitated by interaction with the cell membrane is considered to be the mechanism leading to the formation of fibrils and Lewy bodies (Figure 1)[1].

Both methods - SAXS and XRPD have been used to access the structural information at different stages of aggregation.

Figure 1. Expected aggregation pathway for alpha-Synuclein facilitated by interaction with the cell membrane.

alpha-Synuclein is a naturally unfolded protein with 140 amino acid residues. The structure of αlpha-synuclein consists of two α-helixes connected to a flexible linker and tail (Figure 2) allowing for millions of possible coexisting conformations (Figure 3). 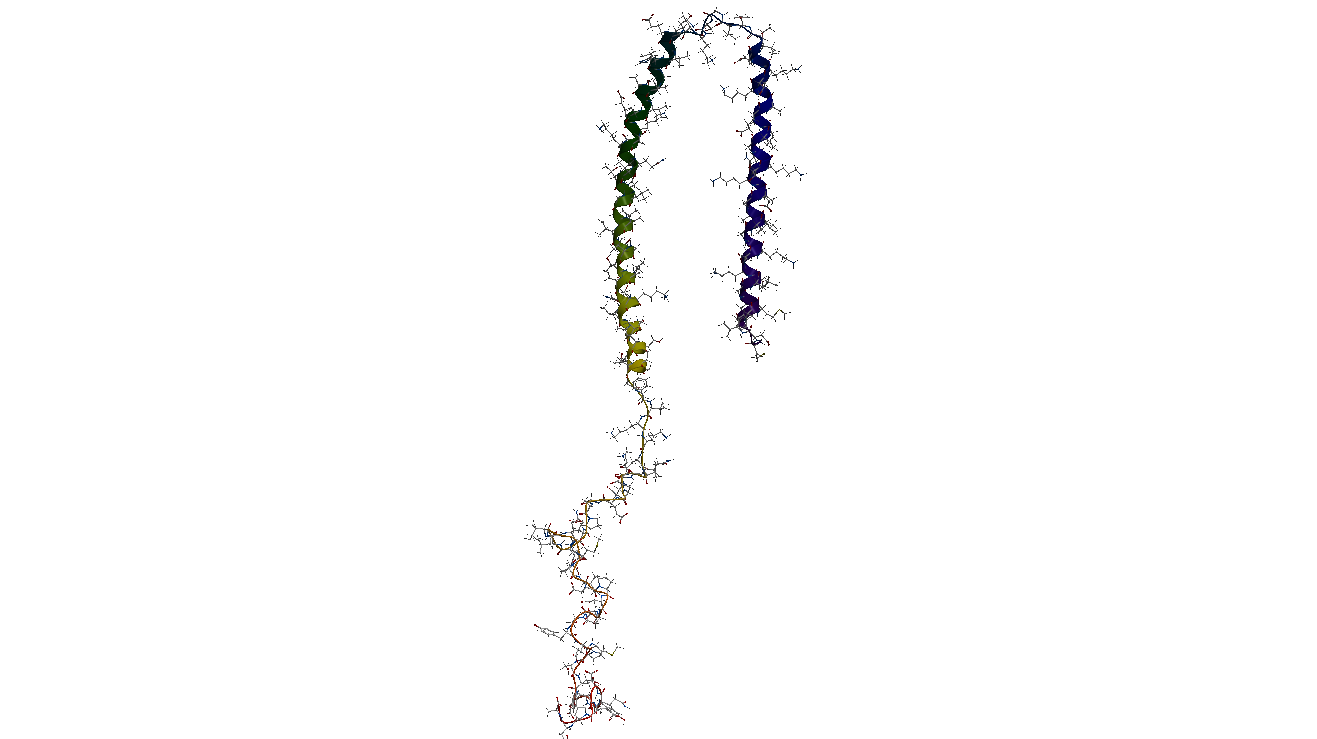 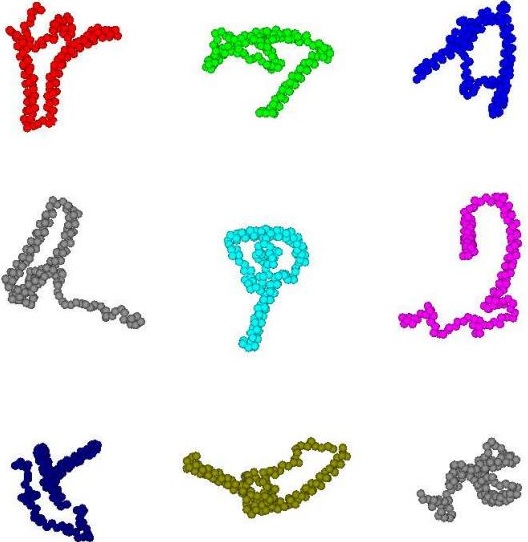 Figure 3. Some from the different possible conformations of alpha-Synuclein in solution (schematic).

A series of Small Angle X-Ray Scattering (SAXS) experiments have been conducted. The aim of the experiments was to reconstruct the structural changes in the ensemble of alpha-synuclein conformations coexisting in aqueous solution at different concentrations of sodium dodecil sulfate (SDS).

The SDS molecules at different concentrations below CMC were introduced to simulate the interaction of alpha-synuclein with the membrane within the range of concentrations, prior to the formation of fibrils.

After analysis by an EOM method [2] followed by cluster analysis, few coexisting clusters of similar conformations (“modes”) were identified (as shown in the figure below).

The different modes were classified and abbreviated (from left to right) as “broad U”, “Gamma”, “narrow U” and “stretched” (not shown).

Figure 4 shows the population of each mode as function of SDS concentration[1]. 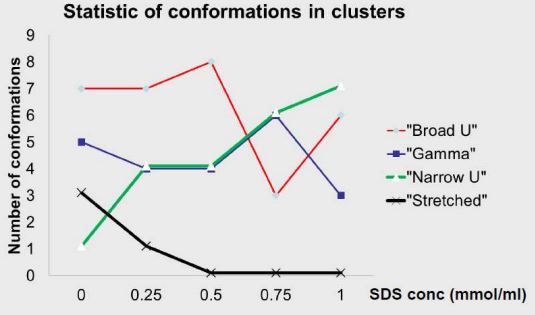 Figure 4. Number of conformations within each mode as a function of the SDS concentration.

Analysis of these results points to a tendency for narrow U-type population to increase and the stretched-type to decrease with a rise in SDS concentration. The results are generally in line with those based on the alternative FRET measurements.[3]