The state of the API within the transdermal delivery route is an important factor influencing the amount and release time profile of the delivered substance.

A transdermal patch containing the novel dopamine-receptor agonist which is delivered through a polymer-based matrix was evaluated. The patch is designed for the release of a dose of amorphous API over the period of 24h.

While the API state within the patch is expected to be amorphous, some of the actual produced patches have been exhibiting the signs of API re-crystallization.

Appearance of tiny white deposits within the borders of the patch pointed to the possible appearance of crystalline impurities of the API (Figure 1).

The aim of our study was to identify, perhaps by combining different techniques, the geometry and possible triggering factors initiating the re-crystallization in particular parts of the patch. 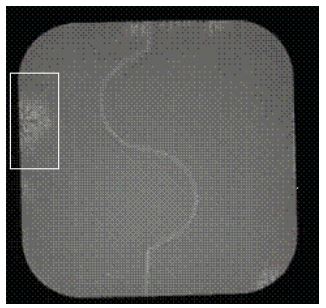 Figure 1. White deposits within the surface of the patch are indicating possible re-crystallisation of API

From analytical prospective, the direct non-destructive identification of the white deposits by conventional XRPD was hardly possible due to the intensive scattering originating from the polymer matrix.

With spatially resolved XRPD we investigated and compared the areas exhibiting the formation of the white spots and the areas not showing any irregularities.

The next step was the use of a special differentiation technique [1] which allowed us to identify the main substance forming the white deposits as one of the crystalline API polymorphs (Figure 2). 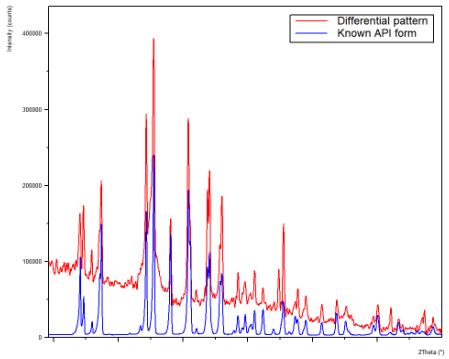 Figure 2. Crystalline form of the unknown white deposit is identified as one of the API polymorphs.

Investigating the crystalline distribution across the surface allowed for the formulation of a hypothesis – which effect could have the triggering role of initiating re-crystallisation of the API within particular areas of the patch.


The next step was the use of a 2D X-ray imaging technique [2]with a 2D detector, which made it possible to construct a contrast for the areas of recrystallisation (Figure 3). 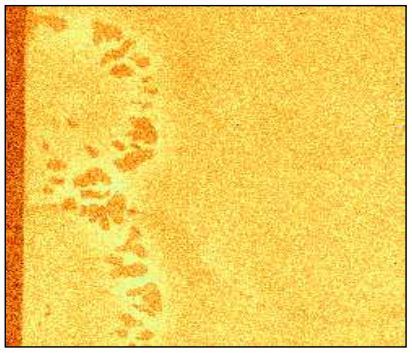 The contrast image revealed a few important features of the process – the concentric type of the formations, dense “dark” areas of crystalline deposits and “light” surrounding areas, properties revealing the possible mechanisms of material transport.